Predicting relapse in children with cancer

Research at Children’s Cancer Institute has already led to a highly accurate test to predict relapse in children with leukaemia. Now, an equivalent test for children with solid tumours is on the horizon.

When an Australian child is diagnosed with the blood cancer, acute lymphoblastic leukaemia (ALL), their doctor is almost certain to make use of a DNA-based technique called minimal residual disease (MRD) testing. The test works by detecting and measuring the level of leukaemia cells that remain in the child’s body after treatment begins, and is a powerful predictor of relapse. But for children diagnosed with solid tumours, no such test is available − yet.

‘The key to identifying children at high risk of relapse is to be able to detect even the tiniest quantities of minimal residual disease, as early on in their treatment as possible,’ explained Professor Murray Norris AM, who led the team that developed molecular technology so sensitive it is capable of detecting one leukaemic cell in a million normal cells.

‘This gives the child’s doctor an opportunity to alter treatment well before relapse occurs.’

When tested in clinical trials, the Institute’s MRD technology led to an effective doubling in survival rates in children with high-risk ALL, and it now underpins tailored treatment strategies for children diagnosed with ALL throughout Australia.

Recent research, published in the British Journal of Cancer, suggests we are getting close to having the equivalent of an MRD test available for children with solid tumours.

Led by Dr Toby Trahair, Clinical Research Fellow at Children’s Cancer Institute and paediatric oncologist at the Kids Cancer Centre, Sydney Children’s Hospital, the research shows that whole genome sequencing (WGS) technology can be used to identify tumour-specific markers, which can be used to detect cancer cells that have survived treatment and will lead to relapse if allowed to do so.

‘To find out if we could use WGS technology as the basis of MRD testing for solid tumours, we looked at data from the Zero Childhood Cancer Program (ZERO), Australia’s first personalised medicine program for children with cancer,’ explained Dr Trahair.

‘ZERO involves extensive molecular analysis of children’s tumours, including WGS, and has given us access to the kind of data we’ve never had before.’

‘Our results strongly suggest that using WGS to identify tumour-specific gene sequences is going to lead to a very accurate and reliable way of detecting and measuring MRD in children with solid cancers. And while our research focused on high-risk neuroblastoma and Ewing sarcoma, we believe the findings are likely to be applicable to multiple types of cancer.’ 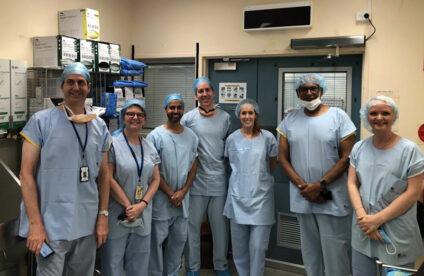 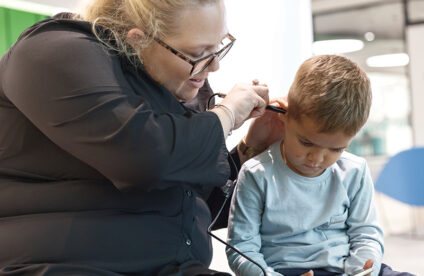