In the lab, Thrombosis Group at the Hearth Research Institute

Some of the country’s top stroke experts are leading a world-first trial which could be a game-changer when it comes to debilitating strokes.

Australian researchers have been working on a new anti-clotting drug that has the potential to improve blood flow to the brain and prevent brain injury, reducing death and disability from stroke.

The need for a new treatment

Stroke is a leading cause of death and disability globally. Sixteen million people will suffer strokes annually, including around 50,000 here in Australia alone.

Many stroke victims are never able to return to their normal life. Some are unable to work while others end up in nursing homes, no matter their age.

Lead researcher, Professor Shaun Jackson from the Heart Research Institute, says administering treatment within the first several hours after a stroke is crucial.

“We are talking about the acute phase of the stroke. There is currently only one drug that is available for the treatment of strokes, a clot dissolving drug called tPA,” Professor Jackson says.

Unfortunately, tPA has many limitations and doesn’t work effectively in many stroke patients, and there is a need to identify new anti-clotting approaches that can improve the function of tPA and reduce stroke injury.

“In our preclinical models, we have shown that our anti-clotting drug, when combined with tPA, not only dissolves a blood clot from a stroke more effectively than tPA alone but it can stop the clot from reforming.”

“It has the ability to attack different components of the blood clot than tPA alone, and the new combination therapy looks very promising in experimental models.”

“It does this without an added risk of bleeding, and we know bleeding leads to more strokes so this drug may help reduce risk of another stroke,” he says.

The move to clinical trials

Thanks to a $2.7 million Medical Research Future Fund (MRFF) grant, this research can move into phase IIa trials in humans, with an academic-led clinical trial planned to be carried out at leading stroke units at the Royal Prince Alfred and Prince of Wales Hospitals in Sydney, John Hunter Hospital in Newcastle, Royal Adelaide and Royal Melbourne Hospitals, and managed by The George Institute.

Professor Jackson says their focus is improving a person’s quality of life.

“We know from phase I trials in healthy people that this antiplatelet drug is safe and well tolerated. We now need to test it to see if it has a positive impact on people who have suffered a stroke.

“The limitations of tPA mean that the majority of people who present with a stroke may not be offered any therapy. We can basically only offer them supportive care.”

During the study, patients who suffer an acute ischaemic stroke – the most common form of a stroke, where the blood supply to the brain is blocked – will be given the anti-clotting drug in addition to other medications during those first critical hours.

Preclinical models have shown the drug to be safe and highly effective in improving recovery from an ischaemic stroke.

Approximately 85 per cent of strokes in Australia are ischaemic, caused by a blockage of an artery within the brain, reducing cerebral blood flow. If not resolved within a few hours, there can be irreversible brain damage.

In the first stage of this trial, the researchers will assess how well the drug is tolerated in eligible stroke patients receiving standard therapy plus our drug. More patients will be added to the trial and the dose of the anti-clotting drug incrementally increased in a controlled manner. 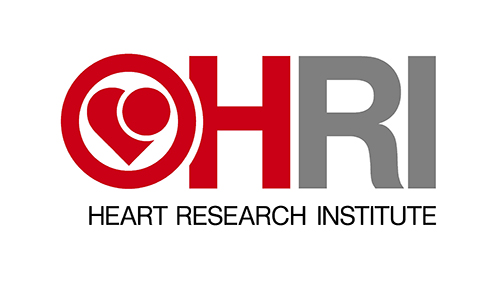 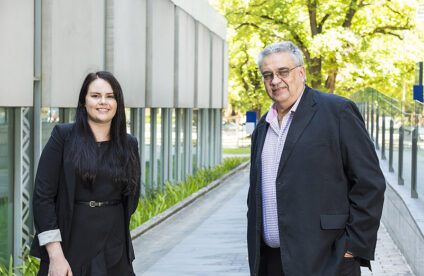