South Australian babies can look forward to an even better start to life, with a simple and effective intervention against preterm birth to soon be available to pregnant women across the state.

From early next year, free omega-3 screening for women expecting one baby will be included as part of regular antenatal testing performed by SA Pathology.

Making the announcement ahead of World Prematurity Day, SAHMRI Women and Kids theme leader, Professor Maria Makrides, says this initiative comes after years of research by her team, based at the Women’s and Children’s Hospital. Their work has identified omega-3 as a safe, readily accessible, inexpensive and effective way to prevent preterm birth.

“This year’s World Prematurity Day is dedicated to ‘Providing the right care, at the right time, in the right place’ – we’re proud to say that’s what this initiative will deliver.”

“On this day two years ago, we were able to announce to the world the results of our Cochrane Review indicating the potential for omega-3 to help pregnancies get to full term. About 12 months later, the results of our ORIP trial showed that women expecting a single baby who had low levels of omega 3 stand to benefit the most from supplementation.

“Now, thanks to our partnership with SA Pathology, we will see this knowledge directly benefiting South Australian babies and their families.”

Testing for omega-3 levels won’t require mothers-to-be to have any additional blood taken, but rather will be part of SA Pathology’s existing screening for neural tube defects, Down’s syndrome and other pregnancy pathologies.

If the concentration of omega-3 in a woman’s blood is below 3.7% they’ll be given details of how a simple course of supplementation can significantly reduce their chances of an early birth.

“Our Cochrane review of almost 20,000 pregnancies worldwide indicated that taking omega-3 supplements reduced the risk of preterm birth by 11%.”

“When it came to early preterm birth, that is babies who arrive before 34 weeks pregnancy, supplementation reduced the rate by a considerable 42%.”

Babies who are born too soon, particularly those born before 34 weeks, can suffer numerous complications requiring long stays in hospital and might experience long-term health and developmental problems. 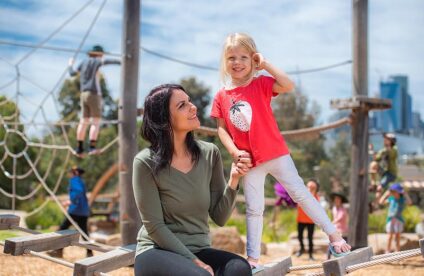