Skin disorders are common – ranging from the not so serious conditions such as warts, to deadly melanoma. A compromised immune system may cause lupus, an autoimmune disease with symptoms including rash and joint pain. Other conditions such as diabetes or atherosclerosis may cause chronic skin ulcers, while the bacterium Mycobacterium ulcerans has been implicated in Buruli ulcer where toxins destroy the skin. Basal and squamous cell carcinoma, although not typically life-threatening, are aggressive cancers of the skin that if not treated may cause complications.

Researchers are developing skin substitutes to use in people who have suffered burns, have wounds or other skin disorders such as chronic ulcers, diabetic ulcers and pressure skin ulcers. By engineering a scaffolding, researchers were able to get skin cells to attach and grow. The resulting skin structures could potentially be used to repair damaged skin.

Clinical trials are also being carried out with immunotherapies that shrink or stop cancers such as melanoma and basal and squamous cell cancers. Scientists are investigating the genetic link in melanoma, while others are studying how cancer cells evade targeted therapies and how combining certain cancer drugs with those that selectively target cells with an impaired ability to repair DNA may translate to a clinical treatment for people with cancer.

The institutes listed below are currently researching Skin disorders, and more information about their discoveries can be found by visiting their websites. 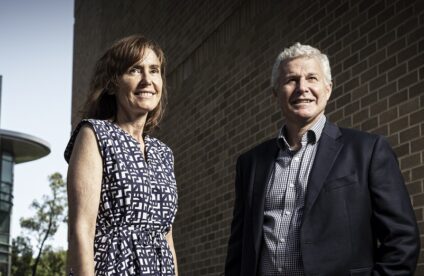 The ANZAC Research Institute aims to encourage, collaborate in and …read more  »